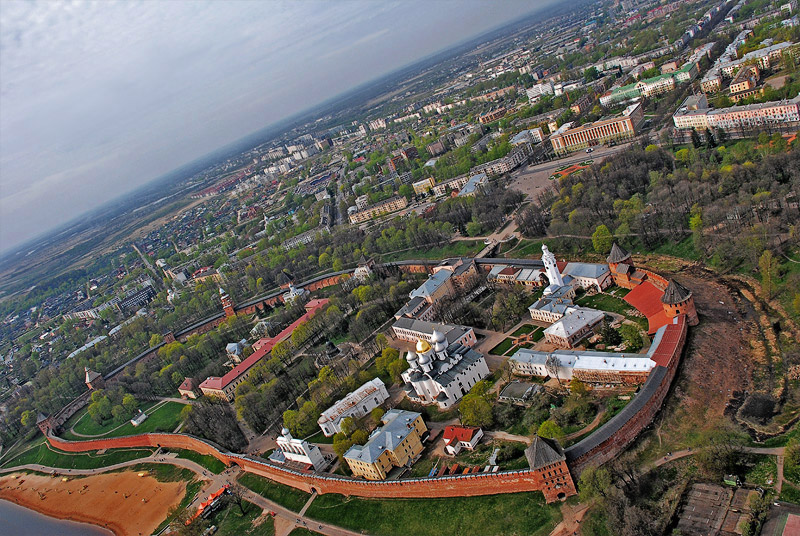 Finnish philosopher Georg Henrik von Wright made a fundamental conclusion in his famous book “Explanation and understanding” (1971) – about the existence of “two major traditions in science and philosophy of scientific method: the Aristotelian and Galilean”, expressing “human attempts to understand things teleologically or explain them causally”. In general, from a realistic point of view – we can assert the continued existence of the two poles of cognitive processes (that are contrary in their significance). At the same time, as the famous Russian-American sociologist and a culturologist Pitirim Sorkin had demonstrated in his studies – the Third Integral sphere of social and cultural process (including the scientific knowledge), which has the intermediate, but fundamental essence, and which comprises culturological resources that belong to both poles. Thus, the principles of Bipolar Unity and Triadic Evolutionary Cyclicity may be considered as actual directions of scientific and philosophical research.

At present, as it is well-known, scientific cognition is focused on “Galilean” method, i.e. on the physicalist reductionism (for instance, modern medicine brilliantly realize this method in the achievements of pharmacogenomics and genetic engineering). It should seem, in this regard, if to follow in the line of progress ” – we should not be interested in methodological issues relating to the opposite pole – the pole of Aristotelism. However, there is one significant moment, in accordance with which we are particularly interested in these issues. Studies have shown (including the research by the docent of NovSU K.S. Khroutski) – the significance of “Aristotelian” constituent in the national scientific tradition has a real importance (i.e., we mean scientific methods that are focused on the primary significance of the internal purpose-organizing factors). In evidence, for example in the biomedical field, – we can refer to the following underlying (scientific concepts) notions: of “internal inhibition” and “aspiration” by I.M. Sechenov; “unconditioned reflex” and “goal-oriented reflex” by I.P. Pavlov; internal regulative principle in the theory of nomogenesis by L.S. Berg; of “dominant” and “chronotope” (in essence, of “functional organ“) by  A.A. Ukhtomsky, “the result of activity” by P.K. Anokhin, evolutionary “effect” by A.M. Ugolev; internal “needs” by P.V. Simonov and other.

The other significant moment relates to the university’s practice. As it is well-known, the word “university” (that means today an institution, in which the higher education is carried out) – “university” etymologically derives from the Latin word «universus» that means “full, single, more precisely – lit. “Turned into one,” (from «unus» “one – single” + versus, pp. of vertere “to turn” (to).

The point is that Aristotelian etiology (i.e., the integrated use of all 4 main cosmic forces – causa: c. Materialis, c. Formalis, c. Efficiens, c. Finalis; apropos, etiological theory was primarily proposed exactly by Aristotle) – the use of all 4 cosmic forces allows a truly universal knowledge that is reducible to (addressed to) universal final causes, that have the specific inherent significance for each subject and the process of life. Thus, in the course Aristotelism rehabilitation we arrive at the real perspective of restoration the true meaning of the word “university” – wherein all the diverse academic and research disciplines cease to be separated from each other and, on the contrary, – form a single universal whole.

One more point seems to be important – that the idea of rehabilitation and development of modern principles of Aristotelism finds its birth in Velikiy Novgorod – a specific city and cultural center of Russia. Substantially, Novgorod is the birthplace of Russian statehood and formation of the original forms of democratic social order (which had a significant historical advance in relation to the development of a modern European democracy). Likewise, Novgorod contributed to the development of Russia’s health care and, in general, of higher education.

In this order, taking into account both the real prerequisites, and special historical background of cultural processes in Veliky Novgorod, – all this allows me to say that in relation to this seminar, we are “in the right place and at the right time” – aiming at the successful realization of the research goals that have been advanced in the scientific program of our meeting.

At present, during the First meeting – perhaps the issues of mutual acquaintance and critical discussion of the key methodological issues come to the foreground, Likewise, the establishment of a new Biocosmological association and its body – the journal «Биокосмология (Biocosmology) – neo-Aristotelism» is of priority. In turn, in the case of successful resolution of these issues, a future real perspective emerges of the fruitful successive development of the Biocosmological process and realization of its specific scientific targets and projects.

Abstract Book of the Seminar